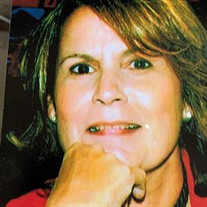 DIANA (CENDOYA) WASSERMAN-RUBIN Diana Lourdes Wasserman-Rubin was born February 11, 1947 in Havana, Cuba. Throughout Diana’s adult life she was a dedicated Public Servant in Broward County¬¬, Florida, one of the largest Counties in the Country. She truly believed every American has a right to a higher quality of life, health, welfare and safety. In 1961, when she was 14 years old, Diana’s family brought her and her sister, Maria, from Cuba to South Florida. She quickly self-taught herself the English language and became a proud resident of the United States, Florida and South Florida. Diana began her public service by being appointed to the Pembroke Pines Board of Adjustment. Soon afterwards, Florida’s Governor Bob Graham recognized her leadership qualities and placed her on the South Broward Hospital District’s Board of Commissioners. Within a few years, her Board members appointed Diana to be the District’s first female Chairperson. During this same period, Diana was also proud to be one of the founding members of Hispanic Unity in Broward County. In 1988, Diana was voted to be the Countywide representative to the Broward County School Board. Over the next 12 years, she dedicated herself to improving educational values for the annual enrollment of over 250,000 K-12 students and an additional 250,000 in Adult education. One of her proudest accomplishments was advocating for the creation of Swim Central; designed to require all underprovided children how to swim. She was appointed twice to be the Chairperson of the Broward County School Board. In 1994 President Bill Clinton appointed Diana to a National investigative committee tasked with improving Educational Excellence for all Hispanic Americans. In 2000, Broward County residents voted Diana onto the Broward County Board of Commissioners and just two years later, her fellow Commissioners unanimously voted Diana to be the first Mayor of Broward County. Diana worked tirelessly helping Broward County’s residents improve their quality of life. Unfortunately, she was diagnosed with Parkinson Disease, which forced her to retire from public service in 2010. Several of her major successes on the Broward County Board of Commissioners include: • Responsible for obtaining the merger of the County’s Police and Fire Departments together for greater efficiency • Bolstering Broward County’s tourist opportunities by expanding both Fort Lauderdale’s Port Everglades and adding a needed jet runway to Ft. Lauderdale’s Airport Throughout her professional years Diana devoted her energy, life and unyielding desire to helping her Family, Friends and Broward County’s residents. Unfortunately, Diana’s Parkinson Disease symptoms progressed quickly since her retirement. Diana will always be remembered by her loving family; her Sister, Maria Bradman, her daughter Jennifer Wasserman and her son Michael Wassermann and his Wife Jen, her husband Richard Rubin and his family; Jason Rubin MD and his Wife Annette, Stefan Rubin Esq. and his Wife Glennys Rubin Esq. and most importantly her 5 wonderful Grandchildren. Diana will also be fondly remembered by the many families of Broward County who knew this very special, soft-spoken loving and caring person.

DIANA (CENDOYA) WASSERMAN-RUBIN Diana Lourdes Wasserman-Rubin was born February 11, 1947 in Havana, Cuba. Throughout Diana&#8217;s adult life she was a dedicated Public Servant in Broward County¬¬, Florida, one of the largest Counties in... View Obituary & Service Information

The family of Diana Lourdes Wasserman-Rubin created this Life Tributes page to make it easy to share your memories.

Send flowers to the Wasserman-Rubin family.