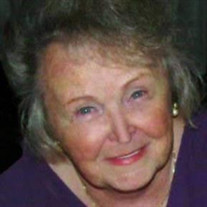 After a long and valiant battle with cancer, Susan Hurley Withrow-Carter peacefully ended her life’s journey on October 9, 2020, with her son, Chase, and her daughter, Rebecca, by her side at Cornerstone Hospice Facility in Tavares, Florida. Born on November 29, 1944, Susan Fay Hurley, was the daughter of the late Austin A. and Elizabeth Van Arsdale Hurley, the sister of the late Austin Lawrence (Larry) Hurley, and aunt to her beloved nephew, the late William (Billy) Hurley. Raised in the wooded hills of Liberty Corner, NJ, Susan attended Bernardsville High School, and graduated in 1962 with the first class of Ridge High School in Basking Ridge, NJ. Shortly after her graduation, Susan and her family moved to the Jersey Shore, settling in Belmar just a block from the beach. Susan would spent the next several decades building a life, beginning with graduating from the Stuart School of Business and then going on to work as a bookkeeper at Estey Corp. in Wayside, NJ. In 1969 Susan left the workforce to raise her children, Chase and Rebecca. In 1981 Susan opened her first business, Davenport’s Home and Craft store, located in the Sea Girt Crossroads Plaza, which provided local residents with everything from arts and crafts supplies to wallpaper. Later Susan joined with Brielle Crafts and offered many classes teaching different arts and crafts designs, of which her daughter, Rebecca, still has some from her childhood. As an accomplished designer and always seeking a new challenge, Susan purchased Manasquan Florist in 1990. In 1996 Susan sold to her partners and stayed on as a mentor to many others interested in floral design until her retirement. In 2005, Susan and George moved to Okeechobee, Florida, where her grandchildren, Stephan and Lindsey, enjoyed several summers exploring the canals of Lake Okeechobee. In 2012, Susan and George, moved to Adairsville, Georgia, where she immersed herself in the town’s local history. Susan was a proud member of the Sans Souci Woman’s Club, and was not only grateful for the friendships she made within the club, but was also awarded a Certificate of Appreciation for her outstanding work for the Depot Committee. Susan’s passion for genealogy began nearly 40 years ago while watching her mother type away notes at the kitchen table. Her mother tracing our family roots back to New Jersey’s first families. Susan loved helping friends and family search for their ancestors, and found that her childhood love of history blossomed in her research. Some of Susan’s other passions included her love of hand painted ceramics that led to phenomenal Christmas displays combining her talents with her son’s love of trains, her extensive photography collection consisting of decades of pictures of family, friends, trips with George, her cats and her many gardens. Susan loved putting photo albums together and giving them as gifts. Over the years Susan honed her fresh flower skills into pressed flower art that will live on in numerous designs on canvas and in print. Susan also loved her other “family,” her cats, of which she had many over the years. She also enjoyed a great Italian meal or a good pork roll and cheese sandwich, an impromptu road trip with no agenda and plenty of stops at antique shops, a good card game, and of course her love of long talks and getting to know the heart of people. Over the years, and with every house she lived in, Susan spent countless hours making it a “home.” With her flair for design, her photography and art upon the walls, she could then focus on her gardens. They were one of her biggest passions, and every home showed her talent and gifting in what she planted. Susan thrived on watching the seasons change and looked forward to every re-birth when Spring rolled around and she could get her hands “back in the dirt!” Susan will be deeply missed by her beloved husband, George Carter, her son, Chase P. Withrow IV, of Adairsville, Georgia, her daughter, Rebecca Roy and husband Steve, of Farmingdale, NJ, her grandchildren, Stephan and wife Jackie, of Brick, NJ, her granddaughters, Lindsey and husband Jay, and Jessie and husband Kevin. Susan was also recently blessed with her precious great-granddaughter, Alanna Rose, also known as “BugaBoo” in 2017. Also surviving are her husband’s four children, Doug, Russell, Bill and Judy, eight terrific grandchildren, Brian, Tara, Daniel, Elisabeth, Pamela, Melissa, Hannah, and Hayden, two great-granddaughters, Ellarie and Layten, her sister-in-law June Hurley, as well as many, many dear friends and relatives that journeyed this life with her. At Susan’s request, her remains will be taken home to New Jersey by her daughter, Rebecca, and laid to rest in the old family Hurley plot at Hamilton Cemetery, Neptune, NJ. A memorial service to follow at a later date.

After a long and valiant battle with cancer, Susan Hurley Withrow-Carter peacefully ended her life&#8217;s journey on October 9, 2020, with her son, Chase, and her daughter, Rebecca, by her side at Cornerstone Hospice Facility in Tavares, Florida.... View Obituary & Service Information

The family of Susan Hurley Withrow-Carter created this Life Tributes page to make it easy to share your memories.

After a long and valiant battle with cancer, Susan Hurley Withrow-Carter...

Send flowers to the Withrow-Carter family.