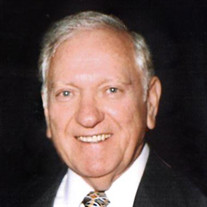 On Thursday July 23 my Father Robert E. Ziegler peacefully passed away in his sleep. He was 93 years old. Dad was born on April 21st, 1927 in Brooklyn NY. He was born to Francis and Irene Ziegler, and was born in the home of his Aunt Mary. Dad was married to our mother Marian Fusco for 42 years. My Father took my Mother on her first date for her 16th Birthday. They had a great life and a terrific marriage. Our fathers first passion was his love of baseball. He was an accomplished pitcher and received multiple contracts offers from several Major League teams. Instead of signing a contract Dad was drafted into the Army. He served in the occupation Army of Japan. He was stationed in Japan for a little over a year. Dad was a seventh son. He grew up with 4 older brothers, Michael, Frances, Gerard and Gene. All of whom served in different branches of the armed services. Dads career was the Insurance business spending time as a Marketing Manager for Safeco and Hanover Insurance Companies and then as the Manager of the MRWP Insurance agency. I was born on February 8th 1952 during a snow storm. My brother Gary Gerard Ziegler was born on March 6th 1956. Dad and Mom moved the family to Huntington Long Island in 1967. After Mom’s passing Dad moved to Century Village in Pembroke Pines Florida. Later in life his passion switched somewhat from Baseball to Ballroom dancing. He was blessed to have several excellent dance partners including his closest and favorite Anita Pinto. Because of serious fall three years ago we were fortunate to have Dad come live with us in Central Florida. We relocated to the Lakes of Leesburg over a year ago. While not as active as Century Village it did provide dad with some outside activities. We attended multiple organized events such as the Halloween Party and Christmas events. He was happy here. Dad is survived by his sons Robert and Gary, His grandchildren, Elizabeth, Cariann, Brennan and Muriel. He has two great grandchildren Jake and Nathan. When someone passed my father had an expression that he would say to the bereaved family . . . now it is my turn. “God must have needed another Angel so he called you”! You were loved and you will be missed.

On Thursday July 23 my Father Robert E. Ziegler peacefully passed away in his sleep. He was 93 years old. Dad was born on April 21st, 1927 in Brooklyn NY. He was born to Francis and Irene Ziegler, and was born in the home of his Aunt Mary. Dad... View Obituary & Service Information

The family of Robert Edward Ziegler created this Life Tributes page to make it easy to share your memories.

Send flowers to the Ziegler family.