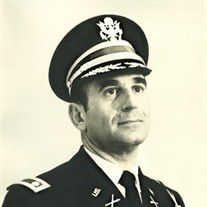 Ralph J. Barbano, age 96, of Mt. Dora passed away on Sunday, October 4, 2020. He was born in San Francisco in 1924. After graduating from High School, he volunteered for the Army. He was assigned to an Armored Infantry Battalion. The Battalion trained at Fort Knox, KY and Fort Bouse, AZ. The unit received further training in Wales, England. It landed in Normandy on Utah Beach shortly after D-Day. The unit was active in France, Belgium and Germany. When the war in Europe ended, the Battalion took part in the German Occupation. Ralph was honorably discharged from the Army in 1945. He then joined the Merchant Marine and sailed for a year as a Fireman/Watertender. He started college under the G.I. Bill and graduated from Jr. College with an AA degree in Forestry/Engineering. He later graduated from the University of California with a BA degree in Education, and a commission as 2nd Lieutenant in the Army. Then he requested active duty in the Infantry. He attended numerous Army and Air Force service schools and served in the Infantry, Artillery, and Intelligence branches. His tours of duty included Puerto Rico, Korea, The Philippines, and the Pentagon. He retired in 1969 in the rank of Major. He then taught Junior High School math and science, and High School math. He served for a number of years as Vice Principal. During this time he graduated from VPI with a Masters degree in Administration and Supervision. He was a member of midway Baptist Church, the Masons, Scottish Rite, the Shrine, Disabled American Veterans, National Scabbard and Blade, and the Elks Club. He is survived by his son, Wayne Proctor of SC; daughters, Jan Yvette Barbano of VA, Kim Ann Tycer of VA; 4 grandchildren and 6 great-grandchildren. The family will receive friends on Thursday, October 8, 2020 from 10:00AM until 11:00AM at Steverson Hamlin & Hilbish Funeral Home, Tavares. A Funeral Service will follow in the funeral home chapel at 11:00AM. Arrangements have been entrusted to Steverson, Hamlin & Hilbish Funerals and Cremations, 226 E. Burleigh Blvd., Tavares, FL 32778, (352)343-4444. Online condolences may be left at www.steversonhamlinhilbish.com

Ralph J. Barbano, age 96, of Mt. Dora passed away on Sunday, October 4, 2020. He was born in San Francisco in 1924. After graduating from High School, he volunteered for the Army. He was assigned to an Armored Infantry Battalion. The Battalion... View Obituary & Service Information

The family of Ralph Joseph Barbano created this Life Tributes page to make it easy to share your memories.

Send flowers to the Barbano family.