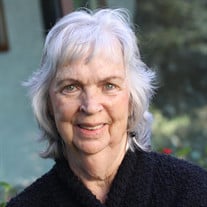 Phyllis Lucille Rider Bogue Phyllis was born in Cannelton, West Virginia on March 2, 1935, to Marshall and Lucille Rider. She was the 2nd of 4 children. Marshall Rider, Jr. and Margie Rider Harrah have gone on to be with the Lord. Her youngest brother, Carl Rider, lives in Elyria, Ohio with his wife, Barbara. Phyllis grew up in Cannelton and attended school and college in Montgomery, West Virginia. She moved to Elyria, Ohio and met John Bogue at the YWCA dances. In the spring of 1957 they fell in love, got married within two months, and moved to Los Angeles County, California. In California two daughters were born and then they moved back to Michigan to John’s home area and had another daughter and two sons. By 1970 they moved to Florida and their sixth child, fourth daughter, was born in Lakeland. In 1972 the Bogue family moved to Key West, Florida, where they lived for 20 years before John and Phyllis retired to Tavares, Florida. Phyllis worked as a cosmetician and in retail. She loved reading books, gardening and taking care of her children. Her son, Charlie, died in 2010. John went to heaven in January 2018 and their reunion must be something to see! Phyllis is survived by five children, her daughters, Donna Huston of Knoxville, Iowa, Sara Watson (Evan,) of Falls Church, Virginia, Barbara Sanders (Greg), of Jacksonville, Florida, Angela Bogue of Indian Trail, North Carolina. and her son, Roy Bogue (Susan), of Plantation Key, Florida. She is also survived by 16 grandchildren and 11 great grandchildren. Phyllis put her trust in Jesus Christ as her Lord and Savior. She was baptized at Holt Baptist Church in 1968 and her children were among the witnesses to her testimony. Her children are forever grateful that she raised them in the church and in the grace and knowledge of Jesus Christ as the only way to the Father and life everlasting. That is an eternal legacy. Truly, truly, I say to you, he who hears My word, and believes Him who sent Me, has eternal life, and does not come into judgment, but has passed out of death into life. John 5:24 Condolences, memories and photos may be shared on the tribute wall.

Phyllis Lucille Rider Bogue Phyllis was born in Cannelton, West Virginia on March 2, 1935, to Marshall and Lucille Rider. She was the 2nd of 4 children. Marshall Rider, Jr. and Margie Rider Harrah have gone on to be with the Lord. Her youngest... View Obituary & Service Information

The family of Phyllis Lucille Bogue created this Life Tributes page to make it easy to share your memories.

Phyllis was born in Cannelton, West...

Send flowers to the Bogue family.