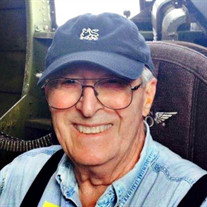 Philip E. Bacon Obituary Philip Edwin Bacon, 81, passed away peacefully on Tuesday, April 21 at Cornerstone Hospice in The Villages following a series of unfortunate events. He was a resident of Eustis, FL. He is survived by his former wife of 43 years, Gretchen (Bealke) Bacon, his son Timothy Bacon and wife Erin, his son Jonathan and wife Sophia, his younger brother James and wife Rose, his dear companion Lydia Trawick and many other family members and close friends. He is preceded in death by his parents Robert Smith and Miriam (Hills) Bacon and grandparents Rev. Howard S. and Dellaphine Bacon. Phil was born in Syracuse, NY on December 14, 1938. His early years were shaped by WWII. With his father gone to fight in Europe and his mother working and volunteering while raising him, he learned the value of hard work and sacrifice. Shortly after graduating with academic honors in High School, Phil joined the US Navy and served his country honorably. Following his military service, he attended and graduated from the University of Florida with a degree in Landscape Architecture. His early professional years were spent in Boca Raton, FL and Washington DC. It was in Washington DC that Phil met and married Gretchen. First son Timothy arrived in 1971, and second son Jonathan in 1974 after the family had relocated to West Palm Beach, FL. During the 1970s and 80s, Phil entered into a number of local business ventures with his father. After three decades of success, Phil sold his last business, Boynton Beach landmark Sunshine Car Wash in 2006 and retired from Delray Beach to Eustis, FL. Phil was a Renaissance Man. He was constantly learning and applying something new, whether it was a piece of “Jeopardy” trivia or custom building and installing an air conditioning system in his vintage MG. He was always happiest working on a project in his garage. It didn’t matter if the job was simple or complex, he always applied an equal amount of enthusiasm and effort to each of them. Phil’s favorite movies included “Lonely are the Brave” and “Jaws” and he really liked Neil Diamond, Simon & Garfunkel and classical music. He preferred non-fiction literature, but one of his favorite books was the western “Lonesome Dove” which includes the following quote: “Cheerful in all weathers. Never shirked a task. Splendid Behavior.” No services are planned at this time.

Philip E. Bacon Obituary Philip Edwin Bacon, 81, passed away peacefully on Tuesday, April 21 at Cornerstone Hospice in The Villages following a series of unfortunate events. He was a resident of Eustis, FL. He is survived by his former wife... View Obituary & Service Information

The family of Mr. Philip Edwin Bacon created this Life Tributes page to make it easy to share your memories.

Send flowers to the Bacon family.