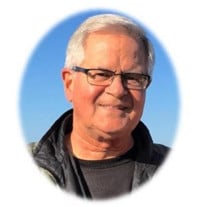 Paul Newton Hawks Jr. Age 78 Born on January 18, 1943 in National City, CA to Paul & Martha Hawks and grew up in Santa Rosa, CA. Paul graduated from Pacific Union College with a Bachelor of Arts degree and continued his education at UCLA receiving his Master’s Degree and PHD. During this time, he met the love of his life, Elizabeth Anne Hawks, his beautiful wife of 55 years. He taught communication and was the Dean of a college from 1968 to 1991. Feeling the leading of God, Paul accepted an invitation into Pastoral Ministries with the Seventh Day Adventist Church in 1991. He served as the Lead Pastor for Citrus Heights SDA, Yreka, and Ukiah SDA Churches. Retiring from the ministry in 2013, He and His wife Elizabeth moved to Taveras, FL in order to be closer to family. Paul, enjoyed playing sports in his younger years and observing them in his older years. He also enjoyed his daily walks with his wife, swimming, speaking at various churches, answering on line Bible questions from It is Written Ministries. He was an avid bird watcher from his youth until the end. He kept a detailed life list of Birds that had reached to 602 total species that he identified during his travels through the US, Hawaii, Dominican Republic, Haiti, Panama, Israel, Italy, Austria, Costa Ria and Belize; just to name a few. One of the greatest joys in Paul’s life was spending time with his children; Elisa Necaise (Dennis Necaise), Ryan Hawks (Kami Hawks), his grandchildren, Jasmine, Adara and Rebecca Necaise, River and Jamison Hawks and great grandsons Cayden, Dawson and Rhyker. Sister, Deanna Flores (Daniel Flores) and Brother-in-law Robert Link Jr. All of whom survive him. A member of the Umatilla SDA Church where he served as an Elder and taught weekly Bible class. He loved music, sang in a mixed quartet, and played the guitar. Most meaningful to Paul was his love and relationship with The Lord Jesus and his hope for his future in heaven. This gave his family peace at his passing September 15th, 2021. We miss him now, but we will see him again. A celebration of life service is scheduled for Sunday, October 17, 2021 at 2:00 PM at Umatilla 7th Day Adventist Church, 1400 N. Central Ave., Umatilla, Florida 32784

The family of Paul Newton Hawks Jr. created this Life Tributes page to make it easy to share your memories.

Send flowers to the Hawks family.