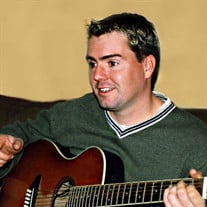 Patrick Joseph Ryan, 49, DeBary FL. Passed away peacefully on Monday, September 30, 2019. Pat was born September 7, 1970 in Red Bank New Jersey. Pat grew up in Brick and Toms River and attended Toms River High School East graduating in 1989. Pat moved to Florida to attend school with friends and made it his forever home. Pat is survived by his father, Joseph A Ryan and Stepmom Beverly Ryan, his mother Patricia L Filippone, brother Michael Ryan and wife Ruby and children Sean, Matthew, Erin, Brent and Hannah. His sister Heather and fiancé Joseph and children Ryan and Joey, His sister Faith and fiancé Jon and her children Stephanie, TJ, Lauren and Allison. His stepsisters Diane, Colleen, Jodi, and Amy. His great-uncle Gene Perry. His Godmother Aunt Debbie and Uncle John McGuckin, and many cousins, aunts, and uncles and so many good friends, his very closest being Kyle and Jennifer. He is also survived by his stepchildren Uriah, Hunter and Ryley McGowan. Pat’s leaves behind his true love, his dog Jack. Pat will be forever remembered by his greeting “How’s it going, eh”, for his love for the band Rush, seeing Rush concerts with his lifelong friends and sister, building and playing guitars, the NY Jets, loving on his dogs, and most of all fishing with his best friend, his Dad. Friends and family are invited to join us to celebrate Patrick's life between 12:00PM and 2:00PM on Sunday, October 6, 2019 at Steverson Hamlin & Hilbish Funeral Home, Tavares. Arrangements have been entrusted to Steverson, Hamlin & Hilbish Funerals and Cremations, 226 E. Burleigh Blvd., Tavares, FL 32778, (352)343-4444. Online condolences may be left on the Tribute Wall at www.steversonhamlinhilbish.com

The family of Patrick Joseph Ryan created this Life Tributes page to make it easy to share your memories.

Passed away peacefully on...

Send flowers to the Ryan family.