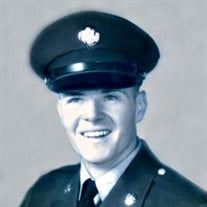 Michael Hayes Penne 7/6/40 - 10/17/20 Mike Penne, 80, of Howey-in-the-Hills, passed away Saturday, October 17, 2020. He was born in Mankato, MN July 6, 1940 to Raymond and Catherine Crawford Penne. He was like a rolling stone, who enjoyed moving to new locations and traveling extensively. He served two brief tours in the U.S. Army during his college years. Mike graduated with a BA degree in Economics in 1967 from the University of Minnesota in Minneapolis, where he met his wife, the former Rachel Paulson, the couple worked as Government contractors in Virginia, Puerto Rico, Florida (twice), Alabama, New Jersey, and Texas. He worked as a software engineer, then systems engineer, and program manager. While living in Houston, Mike and Rachel became involved with a foreign exchange student program, hosting 11 high school students from Europe over several years. Each student came to America to spend a year attending an American high school. The Penne's have enjoyed close friendships with several former students over the years. Mike and Rachel traveled to Europe to see their friends, meet their families, and welcomed European friends who have traveled to the U.S. Mike is survived by his wife, son Jake (wife Joanne Cappucci), grandson Matt and granddaughter Grace of Glenview, IL: brothers John (Marty) of Orlando and Tom (Gretchen) of St Paul, MN; and sister Mary Jo Schreiber (Larry) of Roseville, MN; 2 nieces, and several cousins. A welcome for family and friends is scheduled for Friday, October 23 from 10:30 to 11:00 AM at the Steverson Hamlin Hilbish Funeral and Cremations, 226 E. Burleigh Blvd, Tavares, FL 32778, (352-343-4444). A celebration of life service will begin at 11:00 AM. To view the service online, click the link below: https://webcast.funeralvue.com/events/viewer/39079

The family of Michael Hayes Penne created this Life Tributes page to make it easy to share your memories.