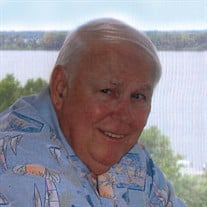 Leo D. Schumacher, age 89, passed away peacefully on August 21, 2021. He was born May 20, 1932 in Parsons Section of Wilkes-Barre, Pennsylvania. He was the son of the late Leo Schumacher and Mary (Marie) Conwell Schumacher. He was a graduate of Scared Heart High School, Plains, Pennsylvania. He attended Rochester School of Technology and the University of Virginia, Department of Agriculture Graduate School and the Library of Congress and Veterans Administration Supervisor School in Washington, DC. Leo served in the United States Army from 1952-1955. His tour of duty was Verdun, France. Even though he was in graves registration, he served in special services as one of the high-ranking members of the boxing team. He represented the USA EUR boxing official clinic in Nurnberg, Germany. Leo boxed light welter weight. He held an amateur ring car of 36 victories and 4 loses in 40 bouts and was the 1952 Fort Lee champion in his weight division. Following his honorable discharge from the army, Leo returned to Wilkes-Barre and was employed by International Color Printing Company and worked there as a pressman until 1966. That was the year he married Betty Lou (Lu) Courtright, the love of his life. They moved to Florida and Leo worked at the Tampa Tribune for a year. Always a visionary Leo accepted a job for the Washing Star newspaper in Washington, DC. They moved to Maryland in 1967 and made their home there for 37 years. Leo also worked for the Wall Street Journal and the Washington Post as a pressman. When the Star closed in the eighty’s Leo went back to school. Finally, his career path changed from commercial to government printing. He was employed by the Veterans Administration, the Library of Congress, and the USDA Forest Service as a printing officer. In 1994 he retired and was able to spend more time with the South Atlantic Boxing Association. He was a Chief Official and Judge of the South Atlantic MD. Leo refereed more than 1000 amateur bouts and more than 300 professional fights. He worked with Don King Enterprises. He also worked NCAA collegiate boxing championships at the US Naval Academy in Annapolis, Maryland. Leo was inducted into the Maryland Boxing Hall of Fame Veterans Boxers Association International Ring 101 in the year 2000 for this lifetime contribution to boxing. While in Maryland he was also a member of the Downtown Annapolis Kiwanis. Leo and Lu retired to Mount Dora in 2004 where they enjoyed their daily walk into town and the sport of lawn bowling. He was a member of the Mount Dora Lawn Bowling Club for 14 years. He was a very competitive bowler who loved the sport. Leo was also a sports memorabilia collector, a hobby he enjoyed with his wife Lu. He loved to read, take long walks, fishing, boating, and watching all sports. He was a huge Baltimore Ravens fan and he loved to bet the horses. Leo was a true gentleman, a loving husband, dad, and grandfather. He would always look for good in people. He will be missed by family and friends. In addition to his parents, Leo was preceded in death by brothers, Bill and Joseph; and his son Christopher. Leo is survived by his wife and soulmate of 55 years, Betty Lou (Lu); son, Lance of Massachusetts; granddaughter, Hillary of Australia; his brother, Jack and wife, Lois of Pennsylvania; brother-in-law, Ray Courtright of Connecticut; sister-in-law, Wanda Ferki, also from Pennsylvania; and 14 nieces and nephews. A private memorial service and inurnment at Florida National Cemetery, Bushnell, FL will be held at a later date. In lieu of flowers, contributions may be made to the Michael J. Fox Foundation at https://www.michaeljfox.org/donate Arrangements have been entrusted to Steverson, Hamlin & Hilbish Funerals and Cremations Home, 226 East Burleigh Boulevard, Tavares, FL 32778. Online condolences may be left on the Tribute Wall at www.steversonhamlinhilbish.com

Leo D. Schumacher, age 89, passed away peacefully on August 21, 2021. He was born May 20, 1932 in Parsons Section of Wilkes-Barre, Pennsylvania. He was the son of the late Leo Schumacher and Mary (Marie) Conwell Schumacher. He was a graduate... View Obituary & Service Information

The family of Leo D. Schumacher created this Life Tributes page to make it easy to share your memories.

Send flowers to the Schumacher family.