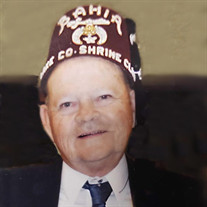 John "Jack" Patrick McLaughlin, 83, of Tavares FL, passed away peacefully while surrounded by family on February 23, 2022, at his home after a brave and courageous battle with cancer. He was born in Coatesville, PA, on September 16, 1938, to his parents: John and Agnes McLaughlin. John grew up in Wagontown, PA and graduated from Scott Sr. High School in 1956. After graduation, John went on to pursue a degree in Electrical Engineering from Temple University. In 1959, he met the love of his life, Margaret, and the two wed on July 7, 1961. They were a match made in heaven, going on to raise 3 wonderful children together: Beth, John and David. John joined and served in the United States Air Force for 4 years stationed at Patrick AFB and specializing in telemetry. He then went on to work for Boeing at Cape Kennedy where he was a part of the launch team – the stories that he had from those days were told many (many) times over the years but no one ever grew tired of hearing them. Following that, John worked at General Motors as an electrician/engineer until he retired in 1987. Following retirement, John enjoyed time spent watching Western movies, listening to music from the 50s and 60s, cooking and spending time with his family. In addition, he was a proud member of the Shriners, American Legion and The Masonic Order. John was a strong, kind, loving, and supportive father and grandfather. His knowledge and guidance was the foundation of his family, who meant more to him than anything else in the world, something he often mentioned. While life threw many obstacles in his path, he always persevered, showed undeniable strength and kept a positive attitude. John is survived by his wife of 60 years: Margaret McLaughlin; children: Beth Schaab, John (Suzy) McLaughlin and David McLaughlin; six grandchildren: Heather (Josh) Pawloski, John Riley McLaughlin, Caden McLaughlin, Seth McLaughlin, Marlana McLaughlin and “Little” Jack McLaughlin; 2 great grandchildren: Noah and Anna; and his beloved dog, Maxine. John was predeceased by his mother and father: Agnes Fay Caldwell and John Peter McLaughlin. In lieu of flowers, donations may be made to the American Cancer Society or the American Diabetes Association in John's name. Arrangements are entrusted to Steverson Hamlin and Hilbish Funerals and Cremations. Online condolences can be left at www.steversonhamlinhilbish.com

John "Jack" Patrick McLaughlin, 83, of Tavares FL, passed away peacefully while surrounded by family on February 23, 2022, at his home after a brave and courageous battle with cancer. He was born in Coatesville, PA, on September 16, 1938, to... View Obituary & Service Information

The family of John "Jack" Patrick McLaughlin created this Life Tributes page to make it easy to share your memories.

Send flowers to the McLaughlin family.