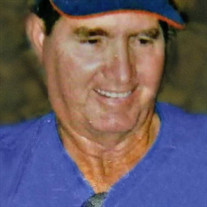 Earl Lee Jones, 71, of Mount Dora, Florida, was called to his Heavenly Mansion on Tuesday, August 25, 2020. Born in Webb, Alabama on August 2, 1949, Earl was a devoted husband, father, brother, "Pops", Uncle and friend. He was preceded... View Obituary & Service Information

The family of Earl Lee Jones created this Life Tributes page to make it easy to share your memories.

Send flowers to the Jones family.